Viralox Comes to the Rescue, Seeing Is Believing!

12/08/12: The CDC Center for Disease Control issued a statement last week that this year’s flu season is here and it will be a very potent one. Time to get a flu shot? Well, there is an alternative. Colostrum was proven in hospital trials to be more than three times as effective, even in aged patients with heart problems.

So does this mean abandon the flu shot? Well, that is a decision that you need to make with your physician. But we believe that taking Viralox and Colostrum-LD is a great addition since the vaccines don’t work all the time. And there are a lot of people that simply will not take vaccines dues to the mercury contamination and allergies to the chicken eggs used to make them. Colostrum is the only natural alternative that has been actually compared to the vaccine in clinical trials, the only ‘airborne’ that really works.

For more evidence of Viralox’s help with viral infections let’s hear what Jim R from Sewell, NJ had to say about it: 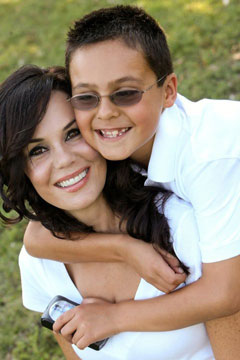 I have been testing your products for several months now and with different members of my family. I wanted to share this story with you as I know it will amuse you as well as verify what you have told me all along.

Since taking Viralox since last May along with the LP powder everyday, I have not even had a sniffle. Even after being around many sick people coughing and sneezing all over me, I still retained well being. Very unusual to say the least as I always have had ether the flu or cold when the seasons change. I have been promoting your products because I have personally experienced great results!

Two days ago my Grandson AJ who is 9 years old, was sitting at the dinner table holding his throat. I asked him what was wrong and he told me his throat hurt him and he could not swallow. "Probably another germ from school," I told him as I feared a case of strep throat, he continued to try and eat his meatloaf and mac and cheese. Each bite hurt more and more and the end result was he could only eat the cool applesauce, which soothed his very sore throat. AJ knows I take my colostrum everyday so I told him I would treat him with Viralox and promised him the next day when he woke up, he would feel much better. You can imagine how he must have felt as he was willing to let me give him 3 squirts of this strange mixture in a bottle. All of the family who were there could not believe he would allow me to do this, so I knew he was hurting. His mother took his temperature and it was elevated at 100.9 degrees. I gave AJ 3 solid squirts in his open mouth and he held it until it absorbed. Before he went to bed he gave himself 2 squirts of Viralox.

The next day I come home from work and AJ is running around teasing the dogs as usual, yelling and playing as if nothing had happened! "Are you kidding me," I said, "what happened to the sore throat," I asked. He looked at me and told me "I am cured Pop". His mother, who was not a believer in my new found products, woke up this morning and told me she took the Viralox before going to work! Seeing is believing!