Lactoferrin and Its Effect on Acne

Home / Supplement Research / Lactoferrin and Its Effect on Acne
4
262018Sep

According to the American Academy of Dermatology, acne is the most common skin condition in the country, affecting over 50 million Americans every year. Treatments for acne include a wide range of ingredients and methods of delivery, but ongoing research suggests that lactoferrin may help to effectively treat acne. Learn more about how lactoferrin may help to relieve acne below.

Acne originates in the sebaceous glands of the pores. These glands secrete sebum, an oily substance that normally acts to moisturize the skin and protect it from harmful bacteria and pathogens. Oils also carry dead skin cells from the follicles to the surface of the skin. Unfortunately, excess sebum (often a result of hormonal changes) causes a blockage of oil and dead skin cells. This creates an environment where bacteria can thrive, which results in inflammation, characterized by swelling, redness, and pain.

Acne most commonly appears as whiteheads or blackheads, both of which are categorized as comedones. Whiteheads stay closed just under the surface of the skin, producing a small blemish filled with white pus. Blackheads remain open at the surface of the skin. The dark appearance results from oxygen interacting with melatonin in the pores. Along with whitehead and blackheads, acne can manifest in the form of various inflammatory lesions, including:

While the exact scientific cause(s) of acne still requires research, the four main factors that contribute to acne are:

The primary acne-causing strain of bacteria is known as Propionibacterium acnes. P. acnes lives in the oily regions of the pores and can aggravate the immune responses that cause the inflamed, swollen bumps that eventually develop into acne.

Lactoferrin is a type of protein found naturally in cow milk and human milk as well as various other bodily fluids, including tears, saliva, and bile. However, it is most plentiful in colostrum, the milk-like fluid produced by female mammals in the first few days after giving birth to their young; colostrum production begins to taper off after about 72 hours, after which “true milk” is produced. Colostrum reportedly contains up to seven times as much lactoferrin as mature milk.

Lactoferrin’s main role involves supporting the immune system, and studies have shown it helps protect the body against bacteria, viruses, fungi, and other potentially harmful microbes. Lactoferrin can also help:

Iron is necessary to the synthesis of hemoglobin, the main protein that carries oxygen to red blood cells. However, as important as iron is to overall health, it also tends to be a magnet for pathogens. Harmful bacteria and viruses often consume it to thrive and reproduce within the body. Having too much iron in your system actually puts your health at risk by giving pathogens the food they need to grow and multiply, thus causing infections.

Lactoferrin has the crucial role of regulating iron levels and removing excess iron to optimize health. 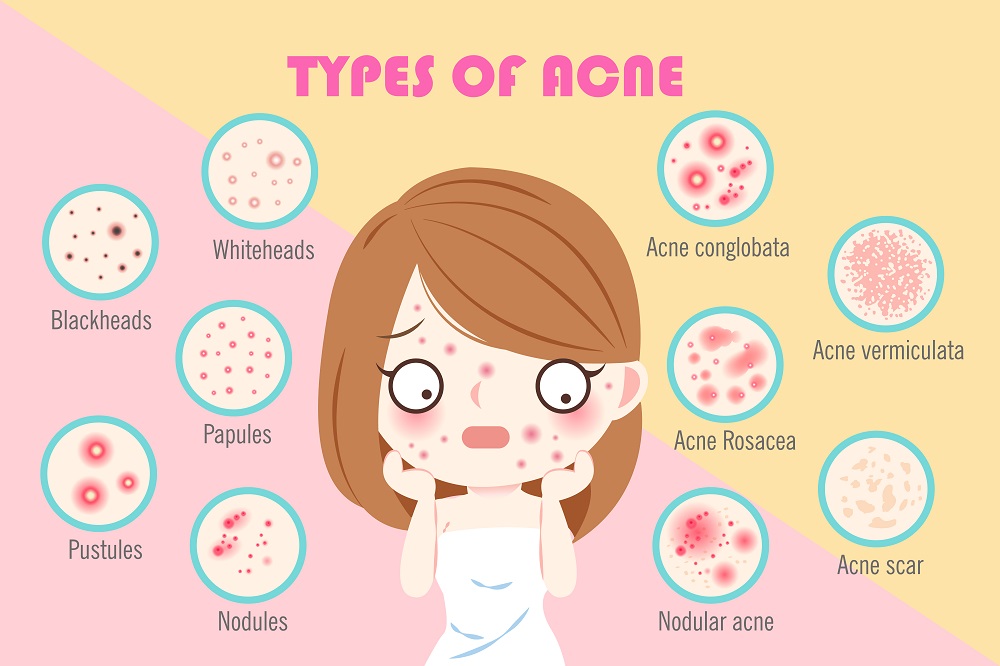 Along with its iron-regulating abilities, lactoferrin has also been shown to possess powerful antioxidant properties. Antioxidants work to combat free radicals, which have been created through the natural process of oxidation. Free radicals are known to cause damage to cells, tissue, and DNA itself, resulting in ongoing oxidative stress, which can promote inflammation leading to the formation of acne.

Lactoferrin also offers anti-inflammatory properties. Remember that inflammation plays a large role in pore clogging and the formation of acne. Soothing inflammation can help to keep larger zits and cysts from ever forming.  Lactoferrin also helps to heal wounds by stimulating connective tissue and epidermal cells to regenerate skin cells, all of which contributes to healing acne lesions.

Most statements about diet and acne are myths (chocolate and greasy foods probably won’t trigger acne), but  gut health is closely tied to acne formation. Poor gut and digestive health can lead to acne or exacerbate existing acne lesions. You already know that lactoferrin can help to neutralize and eliminate harmful bacteria, but lactoferrin can also help to feed the beneficial gut bacteria. Healthy gut flora can help to promote proper digestion and nutrient absorption.

Studies on Lactoferrin and Acne

Several studies suggest the growing potential for supplemental lactoferrin to treat acne. In a double-blind, placebo-controlled study, participants aged 18 to 30 with varying forms of acne were given either fermented milk containing 200 milligrams of lactoferrin or fermented milk without any lactoferrin every day for a period of 12 weeks. During monthly visits, researchers assessed acne lesion counts and grades for each participant. Researchers also measured the condition of participants’ skin based on hydration, sebum, pH levels, and skin surface lipids (fats) prior to the study and at the 12-week mark.

In another randomized, double-blind, placebo-controlled study, 168 participants between the ages of 13 and 40 were given either a capsule formulation of lactoferrin, vitamin E, and zinc or a placebo. Participants took these capsules twice a day for a period of three months. A total of 164 of the participants finished the study according to the protocol. The results showed that the lactoferrin group exhibited a significant median percent reduction of total lesions at just two weeks into the study. The maximum reduction occurred at the 10-week mark. The 10-week mark also saw a maximum reduction in comedones and inflammatory lesions. Sebum scores also improved at week 12.

How to Take Lactoferrin for Acne

As mentioned, lactoferrin can be found in smaller quantities in cow milk. However, some studies suggest a link between dairy and acne. Dairy may irritate your acne and make it worse. Thankfully, lactoferrin is available in oral supplements, as well as existing naturally in bovine (cow) colostrum. Colostrum-LD®, a powdered form of bovine colostrum is standardized to contain 1.5% lactoferrin.

Other Ways to Improve Acne

In addition to taking supplemental lactoferrin, making some small lifestyle changes can go a long way to helping improve your acne.

Acne can be difficult to control, which can truly affect your confidence and self-esteem. By taking the right steps, you can potentially reduce your zits and clear up blemishes. Try to stay positive, but don’t beat yourself up if it gets too hard. While it’s okay to feel sad, annoyed, or angry about your acne, understand that your acne doesn’t define you or who you are. For best results, include a colostrum supplement in your daily diet. It positively contributes to good health in many other ways.

This article was brought to you by Sovereign Laboratories, a world leader in the development of liposomal delivery to maximize the bioavailability of our dietary supplements.

Lactoferrin and Its Effect on Acne was last modified: December 10th, 2019 by Sovereign Laboratories
How Can I Repair My Stomach LiningHow Curcumin Fights Inflammation

How Long Does It Take for Colostrum to Work?

Why Everyone Should Take Colostrum

Colostrum and the Aging Immune System

Are You Fit to Survive These Trying Times? with Kat James and Antoinette Caruso

Flu Season Is Here: What You Need to Know

Questions relating to your specific medical or health condition as they pertain to colostrum should be directed to your physician. If your physician is not familiar with colostrum in general, or Colostrum LD™ specifically, ask him/her contact us. We’d be happy to assist them with information about the importance of including colostrum in your daily diet; published clinical data supporting the use of bovine colostrum supplements; and protocols for including Colostrum LD™ in complimentary medicine. Physician consultations are welcome.

Information on this site is provided for informational purposes only. It is not meant to substitute for medical advice provided by your physician or other medical professional. You should not use the information contained herein for diagnosing or treating a health problem or disease, or prescribing any medication. You should read carefully all product packaging and labels. If you have or suspect that you have a medical problem, promptly contact your physician or health care provider. Information and statements regarding dietary supplements have not been evaluated by the Food and Drug Administration and are not intended to diagnose, treat, cure, or prevent any disease.